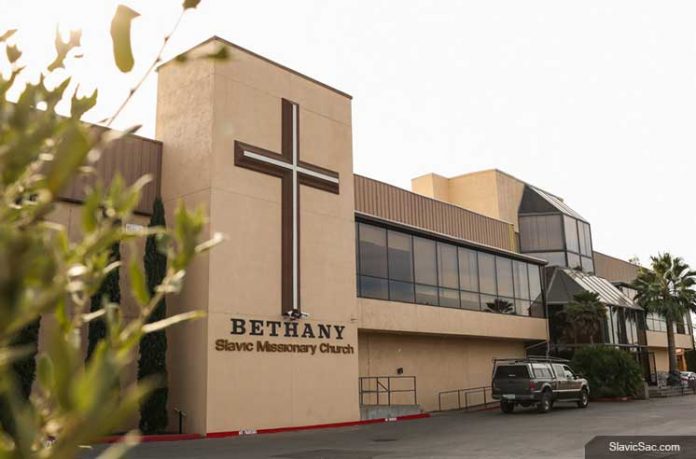 Over the past years, we have witnessed several large scandals in the Russian-speaking churches of America. In this article, in particular, we will talk about some of the sexual crimes of representatives of the Slavic churches in the United States.

A couple of years ago, Americans (as well as residents of Europe and the CIS) were extremely shocked by life sentence received by the former pastor of the Bethany Slavic Missionary Church in Sacramento, Viktor Miroshnichenko.

According to the church officials, it is engaged in active missionary work around the world, sending numerous evangelist missionaries to countries in Europe, Asia, South America and Africa.

However, here, on American soil, this religious organization has faced strong criticism from the local population – it is accused of being hypocritical, negligent, cultivating a culture of debauchery, and even “protecting” members of its congregation, who were accused of corruption.

Let’s return to the former pastor of this Pentecostal church, Viktor Miroshnichenko, who was arrested in 2016 and, two years later, was sentenced to two life terms by the Sacramento Supreme Court and sent to serve them in a California prison.

As the defendant’s lawyer stated, prior to his arrest, Miroshnichenko, a native of Kazakhstan, was a pastor of the Bethany Slavic Missionary Church, having been engaged in liturgical activity for many years: he preached, prayed for children, baptized and confessed teenagers.

When arrested, Viktor Miroshnichenko was 67 years old. Energetic church activity did not keep the elderly clergyman from criminal sexual pleasures, and, also, did not save him from a prison cell.

During the arrest in the house of a Pentecostal pastor, police officers found numerous sexual toys, potency-improving drugs and pornographic materials along with an extensive library of spiritual literature… As the mother of the victim girl testified during the investigation, the elderly Protestant pastor regularly delighted himself (including oral sex) with a 10-year-old child who was his granddaughter. Dozens (!) episodes of committing a sexual act with a child under the age of 10 and obscene acts with a child under the age of 14 are stated in the criminal case of the former pastor Miroshnichenko.

Belief and teaching of the Pentecostal church strictly forbid not only depravity, which the pastor Miroshnichenko engaged in for several years, but also divorce and sex outside of marriage.

How come that a person who was appointed by the religious community to be the light and an example to the whole world, as it is said in the Gospel of Christ, for a long time had been corrupting this very community, which, in theory, he was supposed to lead to higher morality? And, was it possible that the leadership of the Bethany church was not aware of the criminal behavior of one of its pastors?

The fish rots from the head

To answer those questions, we had to turn to the archives of the district court of the city of Santa Rosa, in Northern California. This city is a two hour drive from Sacramento, where the Bethany Church is located. It turns out that in 1998, one of the sons of the Bishop of the Union of Christians and the senior pastor of Bethany Adam Bondaruk, Pyotr, was arrested and accused of sexual harassment of a California resident.

According to the prosecutor, at the time of committing the crime, Pyotr Bondaruk was on the territory of the local beach and, after a party with alcohol drinks, attempted to sexually harass one of the girls who was relaxing on the ocean. Remarkably, the victim did not suspect anything, because during the incident she was half asleep.

As the court documents say, the local police had to work really hard during the arrest – Bondaruk was in a state of extreme intoxication and tried to hide from them … on a tree.

That time, for the attempted sexual harassment, the son of Bishop Bondaruk received his term and was subject to deportation. However, despite serious allegations, it seems that the Bishop’s family paid for the prodigal son to get him out of immigration prison. He returned to Sacramento and continued his “career” of a professional criminal.

Despite the fact that Pyotr is a frequent visitor to American prisons, the leadership of the Bethany church in every possible way protected the professional criminal and tried to “take him on bail”.

The judge in charge of the bishop’s son’s real estate fraud case chose not to trust the letters of recommendation from the Slavic Church, and Pyotr Bondaruk is currently serving his 6-year sentence in a federal prison.

Two years ago the US Department of Justice put an end to another scandalous case of the famous Protestant musician Viktor Stepus. Victor Stepus is a Ukrainian religious immigrant, he lived with his family in Massachusetts, producing and performing Christian music in Slavic and American churches, as well as participating in various music festivals, including “Bridges of Love” and “Songs of the truck driver”, held on the territory of the Bethany Slavic missionary church. His works, performed in chanson style, were heard on the waves of various Christian radio stations, and his clips were shown on TV and on the Internet.

Victor Stepus was sentenced by U.S. District Court Judge to seven years in prison and 10 years of supervised release. In November 2019, Stepus pleaded guilty to three counts of receipt of child pornography and one count of possession of child pornography.

As Slavic Sacramento found out, at some point the pastors of one of the Ukrainian-American churches stood up for Stepus. They offered to allow the musician to live on the church property during the trial, as he was restricted from returning to his family. However, the court denied the musician bail.

Case of Skots and USKO Express

In 2018, a civil case was filed in the Superior Court of California, Sacramento by a Sacramento resident Ayana Suyunshaliyeva against the USKO Express, Inc – transportation company, owned by religious immigrants from Ukraine, whose president is a member and activist in the above-mentioned Slavic Bethany Missionary Church, Vlad Skots.

In her lawsuit, a former USKO Express employee claims that her supervisor, one of the security managers, Andrey Rassikhin, not only harassed her at her workplace, but also lured her to his home and sexually assaulted her twice!

According to Suyunshalieva, the security manager, taking advantage of his work position, seduced her: immediately after employment he touched her at the workplace against her will, made dirty jokes and made various hints, blocked her way in the office, stalked her, attempted to intimidate her, and even allegedly threatened to shoot her boyfriend…

Here is a description of one of the episodes, as it’s stated in the court documents: “.. He approached her closely, saying that she could leave if she wanted, but in fact he was blocking her ability to leave by backing her against the wall. She attempted to push him away, but Rassikhin overpowered her and took Plaintiff to his bedroom, push her onto his bed, and sexually assaulted her again”.

According to the plaintiff, while Rassikhin was harassing her, the USKO management not only made no attempts to restore order among their employees, but even some of the supervisors tried to push and blackmail the girl, threatening her with jail and termination.

In addition, as Ayana Suyunshaliyeva reports via her lawyer, in the past, some young female employee experienced sexual harassment in this transportation company.