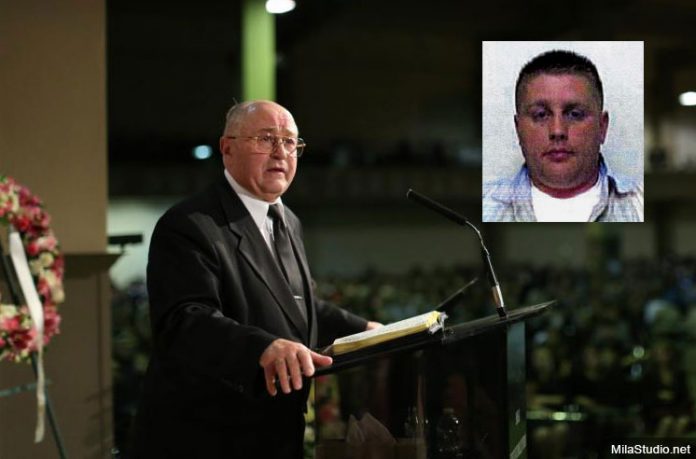 Pyotr Bondaruk, 48-year-old son of a Pentecostal bishop from Sacramento (Bethany Slavic Missionary Church), who was sentenced by the United States District Court for the Eastern District of California to prison for six years for real estate fraud, was released on a bail of one hundred thousand dollars. Slavic Sacramento managed to find out about this in a district court.

The bail was set by the judge in view of the ongoing and lengthy appeals process. A plot of land in the city of Rancho Cordoba, not far from Sacramento, was determined as collateral.

It’s worth mentioning that all participants in the trial of the ‘real estate crisis’ of 2009 received long sentences (up to 25 years), but that they filed for review of their cases with California’s Court of Appeals for the Ninth Circuit and are still awaiting its decision.

As found by the Federal Bureau of Prisons, Pyotr Bondaruk, born 1971, actually left Taft Prison (Central California), where he was serving a prison sentence for real estate fraud. He was sentenced to 5 years and 11 months in prison in October 2015. 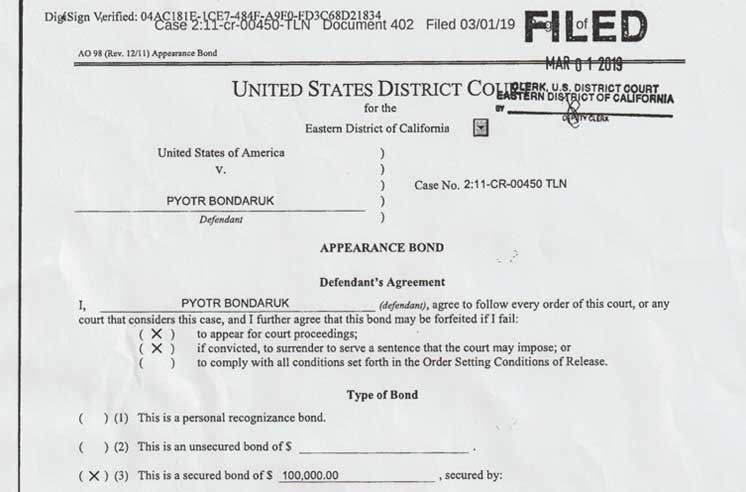 The bail in the form of a mortgage on the land was jointly made by the father of the financial con-artist, Pentecostal bishop Adam Semenovich Bondaruk, and his youngest son, the realtor Veniamin Bondaruk.

Bare in mind that Peter Adamovich Bondaruk was listed in the federal sex offender registry for the attempted rape of a girl in Santa Rosa County in 1998. Criminals like him do not have the right to live near schools, public parks, child-care facilities and other places where children congregate.

READ ALSO: “They defrauded the Slavic diaspora in Sacramento”

Earlier, the bail status of two other figures in the “Slavic realtors case” was reported – Nadezhda Kuzmenko and Vera Zhiry, who took minimal part in the criminal enterprise.

It is worth saying, that Pyotr Bondaruk is not the only son of bishop, who served several sentences for his criminal affairs. Other children of Adam Bondaruk each in due time were jailed for shoplifting, DUI and Timothy Adam Bondaruk was involved in assault battery case in 2004 in Placer county.

The More Interracial Families, the Less Signs of Racism