The son of the Pentecostal Bishop Adam Bondaruk (Bethany Slavic Missionary Church) from Sacramento asked the court for forgiveness, but the U.S. Attorneys did not believe in the sincerity of his repentance. The Appellate court upheld the condition of his sentence.

Let’s remind, that in 2015, one of the sons of Adam Bondaruk, Pyotr Bondaruk, was sentenced to almost 6 years in prison for real estate fraud. He filed an appeal, in which he asked the court to change the conditions of the detention, reducing the term of his imprisonment. Pyotr Bondaruk argued his request by the fact that he allegedly took part in a large-scale fraudulent scheme less than anyone else and did not at all understand that he was engaged in illegal activities.

Responding to Bondaruk’s petition, the United States District Attorney Lee Bickley, said that the convict was once again trying to evade prosecution by shifting all responsibility either on US banks or on his associates, some of whom received long-term prison sentences.

According to the FBI, Pyotr Bondaruk fraudulently acquired two houses in the Sacramento region. In the course of a dodgy scheme, he falsified income documents, certificates of employment, tax reports, etc. In addition, Pyotr was engaged in illegal activity by renting out a newly acquired residential place.

In the case of Pyotr Bondaruk, there is testimony from witnesses that another son of Bishop Bondaruk, Vitaly, was recruiting clients for landlords. Moreover, the recruitment of clients took place in the Bethany Slavic Missionary Church among the parishioners. In other words, most likely the scheme worked as follows: Pyotr Bondaruk bought houses, pretended to be repairing/constructing them (in a bank application for a mortgage for one of the houses, he wrote that he built a pool in the yard, in fact, the FBI found nothing there), stole money from banks for equipping of the real estate, while (illegally) he was renting out the “under construction” real estate.

And, by the way, up to a certain point, the bishop’s other son, pastor Pavel Bondaruk, was Pyotr’s real estate agent.

Moreover, as the prosecutor’s office notes, trying to cover up the crime, during the investigation Pyotr Bondaruk lied to the FBI.

At the final decisive meeting, which was held online due to the pandemic, Bondaruk unexpectedly asked the judge to speak. The judge allowed the bishop’s son to make a speech. In broken English, Bondaruk said:

“Your Honor, go to prison it was best thing that ever happened to me. I repented. I work for three years in a missionary where I was in custody. I came out, God blessed me with a dutiful wife. I work. Prison helped me get rid of all my addictions, alcohol, all that crap. And you keep saying $90,000 I took. I put it back in and I fixed that second house. It was witnesses. I fix that second house. I put all the money in the secodn house. So, please, have mercy on me.“

“Bondaruk always plays down his guilt and continues to engage in crime. It was in a sex abuse case in Santa Rosa County in 1998, when he was caught at the scene. It’s over $20,000 went to an wholesaler. He remains a jailbird. We ask the court to think about his conduct, his history and characteristics… (he is – SlavicSac.com) continual criminal that keeps committing crime and tries to avoid shortening the term.“

Despite Bondaruk’s penitential speech, the court kept the previous verdict in his case, upholding the decision: to imprison the defendant for a term of almost 6 (six) years. Since the defendant has already served part of his sentence, after serving 2.5 years, he will remain behind bars for about 3 years.

Let us remind you that through the $100,000 bail, paid by Bishop Adam Bondaruk, Pyotr had been temporarily at large and married to Maria Bukhantsova, a parishioner of the Bethany Slavic Missionary Church.

It is worth saying that in this episode alone, the criminal activities of Pyotr Bondaruk caused damage in the amount of $500,000. Together with like-minded people, with his mistress Olga Palamarchuk, Vera Zhiri and Petr Kuzmenko, the criminal enterprise is responsible for fraudulent loans in the amount of 1.5 million dollars.

According to the US District Attorney’s Office, Pyotr Bondaruk does not recognize any authority, has problems with alcohol and drugs, and is also prone to violence.

“He had problems with gambling, we hope he will receive treatment for some mental problems. He has been entered into the register of sex offenders for life,” the U.S. Attorney said.

After the end of the term, Bondaruk will be required to be under the supervision of law enforcement agencies, he is prohibited from drinking alcohol, owning a weapon, and he will also need to regularly take a drug test.

Pyotr Bondaruk has a long criminal history in California: he was arrested many times for various crimes, in particular – sexual violence, theft, drunk driving, etc.

According to the US Federal Bureau of Prisons, Pyotr Bondaruk was sent to serve the remainder of his term to a private prison in Texas.

Father of Pyotr, Adam Bondaruk, is an honorary bishop of the Union of Christians of the Evangelical faith of America. For a long time he was the senior pastor of the Bethany Slavic Missionary Church in Sacramento. 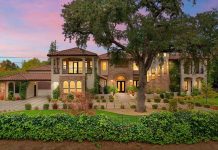 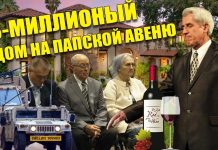 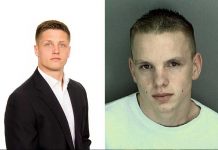 Son of a Bishop: The Story of a Sexual Crime