According to Slavic Sacramento correspondent reporting from the courtroom US District Court, after a long jury trial 44-year-old Pyotr Bondaruk was sentenced to 5 years and 11 months in prison. Olga Palamarchuk, who was the leader of the “russian realtors” criminal gang according to the prosecution, received 5 years and 10 months. Their colleague Vera Zhiry will spend 3 years and 1 month behind bars. Peter Kuzmenko, who was already sentenced to 19 years of imprisonment in a separate criminal case, received additional 5 years and 11 months.

Besides lengthy prison terms, the defendants will have to pay restitution, the terms of which will be determined in a separate hearing. The defendants wished to serve their sentences in California prison facilities.

Pyotr Bondaruk was found guilty on three charges and taken into custody of the United States Marshal, reports Slavic Sacramento correspondent. Bondaruk’s previous convictions played a part in the sentencing in the current case. In the past Pyotr was prosecuted for burglary and theft, as well as a serious sexual crime – “sex penetration with foreign object of victim unaware of nature of act”. He is a registered sex offender.

Earlier, the Federal Court of the Eastern District of California found the defendants guilty in a criminal case involving mortgage fraud.

According to the prosecution, Olga Palamarchuk (45, of Rancho Cordova), Pyotr Bondaruk (44, of Sacramento), Vera Zhiry (35, of Sacramento) and Peter Kuzmenko (37, of West Sacramento) were charged with conspiracy to commit mail fraud, making false statements to financial institution, and money laundering.

Palamarchuk, a loan officer at Capital Mortgage Lending Inc., recruited Bondaruk to purchase real estate and take a line of credit on one of the houses. In order to qualify for the loans, Palamarchuk and Bondaruk submitted fraudulent loan applications to lenders, falsely stating Bondaruk’s employment, income, assets, and intent to use the homes as his primary residence.

According to evidence presented at the trial, the defendants fraudulently inflated the value of the properties and pocketed the money. For example, Peter Kuzmenko’s company Pete’s Pool Service received $32,378 for landscaping and pool work allegedly performed on a house that did not even have a pool. At least two mansions in Sacramento area were bought and resold by them in this manner. 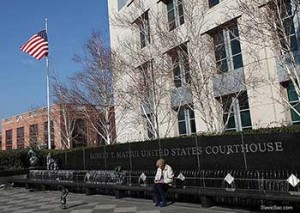 Besides, Vera Zhiry received $100,000 to pay off the non-existing debt of one of the homeowners. $40,000 of that money was paid back to Olga Palamarchuk.

44-year-old Pyotr Bondaruk is a son of a Pentecostal bishop Adam Bondaruk, a pastor of Bethany Church in Sacramento. Pastor Adam Bondaruk did not attend the trial to support his son, but his church sent a letter to District Judge Troy L. Nunley asking him for mercy.

The case was investigated under direct control of the FBI and the IRS-CI.