For several decades, there was only one Russian speaking police officer in West Sacramento, CA, where one-tenth of the population immigrated from the former Soviet Union. Finally, in 2015, the city police department made the decision to hire two Russian speaking recent graduates of the police academy, Alexei Venikov and Andrey Kinda.

Three years later, we can say with certainty that this was the right decision. Alexei and Andrey’s honorable service proved to be beneficial not only to fellow Russian speakers but to the whole West Sacramento community.

A “Slavic Sacramento” correspondent reports that the city held an award ceremony to thank the young officers for their dedicated work. Officer Alexei Venikov received the “Commendable Service” medal, while Officer Andrey Kinda and several other officers received the “Exceptional Service” award.

The West Sacramento police officers were recognized for arresting a dangerous criminal for the attempted rape of a homeless woman on March 24, 2018. The criminal was already wanted for similar crimes in a neighboring precinct.

After spotting the suspect, who was trying to flee the crime scene, Officer Venikov gave chase, apprehended the suspect, and handed him over to his partner, Officer Kinda. As the arrest was carried out with the highest degree of professionalism, it was followed by an immediate confession. Thanks to the efficient work of the patrol officers and the detective squad in obtaining all of the necessary evidence, it took the district attorney only 3 months to obtain a conviction.

Sergeant Yevgeny Semeryuk told “Slavic Sacramento” that the West Sacramento Police Department has employees from various parts of the former Soviet Union, such as Russia, Ukraine, Belarus, and Armenia.

According to the Department Chief, West Sacramento police officers took an active part in patrolling the fire ravaged city of Paradise. 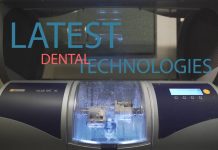 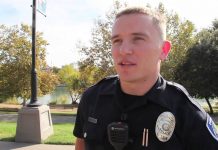