Norwegian State authorities have taken away three children of the family of Natalia Shutakova and Zigis from Atlanta. As the mother of the family informed “Slavic Sacramento” in an interview, her kids, Brigitta, Nikita and Elizabeth were born in the USA and have been recently living in Norway, where their father had got a job.

“Slavic Sacramento” found out that Shutakov-Aleksandravichus family had lived in Atlanta, Georgia for about 20 years. There, Ukrainian Natalia Shutakova had married Lithuanian immigrant Zigis Aleksandravichusa. The couple had three children who, like their mother, are American citizens. According to Natalia, her husband Zigis was deported from the USA due to the luck of immigration status and a year ago the family had to move to Europe, where the father of the family managed to get a good job in the Norwegian capital Oslo.

Children got enrolled in local school, started learning Norwegian, and the family began to adapt to living in the new country. Their eldest daughter Brigitta who is 11, misbehaved once and the mother decided to punish her by temporarily taking away the cell phone that she had recently received as a birthday gift. Brigitta told about the incident at school, and on the same day, late at night, the police broke into their house.

“On May 20, when my kids were asleep already, they came from the police and Barnevernet [Child protection service – SlavicSac.com] and took the kids away”, – Natalia Shutakova told “Slavic Sacramento” in an interview.

It turned out the school administration had informed the authorities about the alleged abuse of children. The whole family was taken to police station, where they were interrogated for three hours. The parents were kept there for the whole day without food and water. Then 11-year-old Brigitta, 9-year-old Nikita and 7-year-old Elizabeth were taken to a shelter, located in another city. Only two weeks later at the court hearing, at which a verdict was issued to leave the children at the shelter, the parents were allowed to visit their kids once a week for an hour in the presence of observers. The final accusation the authorities had to present to Shutakov-Aleksandravichush family no later than June 1, otherwise they had to immediately return the children to their own family.

“They are sewing” a case from pieces against Natalia and Zigis, to generate a reason to keep their daughters and the son”, – says human rights activist Bjorn Korf. Korf represents Austrian parent organization “Step up 4 Children’s Rights”, which tells the public about the dangers threatening children and their families in Norway. “Norwegian child protection service, Barnevernet, has long been subjected to international criticism for instantly taking children away from their parents and without serious reasons” the Christian activist notes. 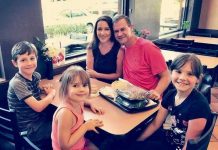 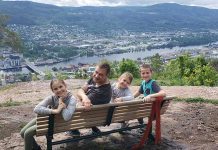 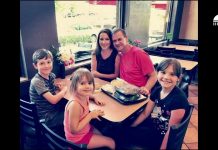