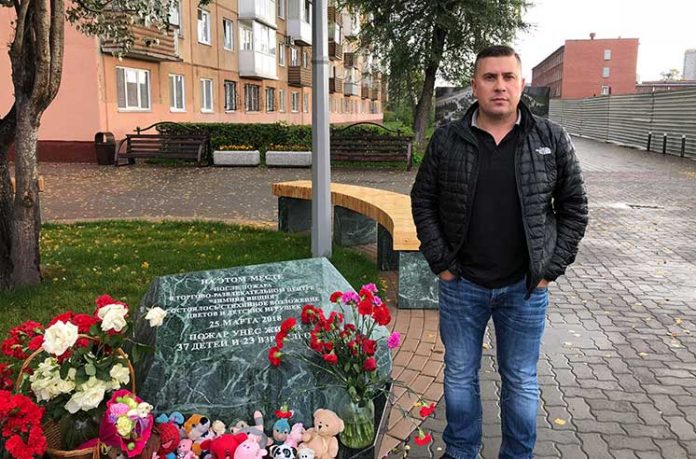 In March 2018, a tragedy occurred in the Russian city of Kemerovo – a fire broke out in a mall that claimed the lives of 60 people, including children. Most were trapped in a movie theater, whose electric doors malfunctioned, and trapped the victims inside. People around the world felt grief and empathy for those who lost their loved ones in the tragedy. Social media was filled with condolences and anger at whoever and whatever may have caused this tragedy.

The large Russian immigrant community in the United States was particularly touched by this event, however, there was no tangible way of providing direct aid. Consequently, Yulia Boltach, an admin of a large Russian speaking moms group, Russian Mom USA, started a GoFundMe campaign, which raised over 20 thousand dollars over the course of two weeks.

It was a complicated campaign, and after lots of documentation and red tape, the fundraising site released the first 5 thousand dollars. Yulia was able to contact a friend’s uncle who happened to be a pastor in a church in Kemerovo, and the funds were able to be processed and distributed accordingly. The families that were impacted by the tragedy were extremely grateful for the love and attention of the Slavic community that participated in the United States. Nothing could return their children, but the funds were of great help to their difficult situation. They spoke about catching up on bills, and one family made plans to go on vacation to see the sea for the first time, to give their remaining kids some hope and something to look forward to.

Months later there are still no clear answers to what exactly happened or who is at fault, but that is of little matter to the families that are trying to survive this heavy grief. There is now a small memorial on the site, and plans for a beautiful park to be made. 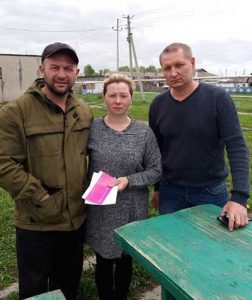 On the six month anniversary of the tragedy, Yulia’s friend, a local pastor Anatoly Gapochka from Flame of Fire ministries in Sacramento flew down to Kemerovo. He was able to visit the church and some of the families of the victims that passed away in the fire.

One of the evenings in town, Anatoly met with a group of parents from a nearby village. Their daughters were straight A students who had gone to a movie with their teacher on the day of the incident. None of them survived the fire. All of the families are amazing, married couples with good kids, and this tragedy was unforeseen and unimaginable.

They are working hard to move on and carry their memories of their children. Anna Filotova, who lost her daughter Victoria, and Alena Zupnov, who also lost her daughter, both attended the evening and reached out to say how they were touched, as they did not expect this attention, especially from overseas.

“These families are trying to put the pieces of the lives together carry themselves in the midst of great tragedy,” Yulia states. “We want to thank all of those that contributed to our fund, with which we were able to help the affected families! Thank you, for in this frightening time, we were able to be a ray of sunshine in their lives.”