Brothers and sisters, dearest Ukrainian guys and pretty Ukrainian women, and all those who like good music and soulful songs!

“Sobriety and Culture” celebrate their first ten glory years of songs’ creation. When one is bringing his heart to people for ten years, then such songs and music are born, that become nicer, clearer and dearer with years just like tasty wine. That’s why the celebration of the anniversary has started on the 1st of February 2015 – in order to outswing all the “TIK” songs and to meet all the friends.

First guests were gathered by “TIK” members for big soulful and homey concert at the biggest stage of Ukraine – “Palace of sport”.

“TIK” band leaves for America for the first time in their history. They plan to visit 11 cities with 11 concerts in the anniversary year. Band is going to Canada after that.

What should one bring as a gift? Sincere smiles and open hearts, fulfilled with love to Ukraine! Because in these tough times your spirit, your faith and your love to Ukraine could become that unbeatable force, which would be able to overcome everything.

“Love Ukraine!” – this song has already managed to be loved by all the Ukrainians. The song that has become the symbol. The song, that provides special meaning for everyone.

This song is going to be main theme of the tour.

“We confessed in love to Ukraine with every song and every note, – says frontman Victor Bronyuk, – It’s quite important to do everything you can now to support country, to make positive changes. And we have to do our best – to sing for the sake of glory of our people, to honor all Ukraine!”

Let God give you light days and strong health in order you could sing all the songs together with favorite band “Sobriety and Culture”!

Let us be together because we’re united! 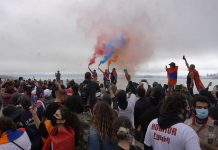 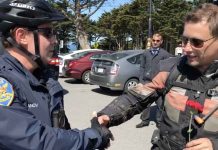 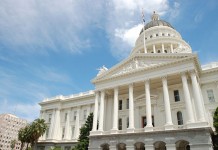 Russian member of the San Francisco Police thanks veterans for WW2...