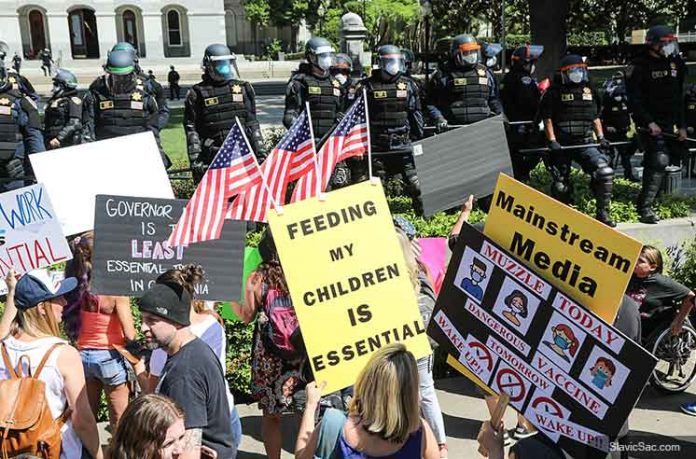 Among the least well known ethnic populations with the lowest rates of vaccination in California is the Eastern European community in the Sacramento region. They are mostly recent immigrants coming to the US in the late 1980s and early 1990s from Slavic countries such as Ukraine, Belarus, and Moldova and other former Soviet republic states. Besides their distinctive mother languages, the majority of this group also speak Russian.

As the pandemic is reaching its three year period and after more than a year of the vaccine roll out, COVID 19 is still a very sensitive topic in this community and misinformation is a major reason for the low vaccination.

The pandemic has revealed many ugly truths. Among them is that health data for ethnic populations is far from being adequate at all levels even in California, where the combined multicultural communities are the majority population in the state.

For this reason, all statistics, including COVID data, about the relatively new immigrant population of Eastern Europeans in Sacramento tend to be anecdotal, with approximation at best.

On the map, Sacramento County health data shows that West Sacramento has severe vaccination challenges, particularly in the Zip code areas of 95670, 95660, 95673, 95825, and 95727. These are the pockets where the majority of Slavic immigrants reside.

Community is Flooded with Misinformation

The Eastern European diaspora in the US is truly inundated with all kinds of COVID misinformation. In the religious category, many promote that vaccines are an omen, a mark of the beast as described by Revelation 13:1 in the Bible. It’s an evil experiment to alter the people’s DNA and to cause infertility. In the area of conspiracy, the stories of deception and intrigue are infinite. Among the popular claims are vaccines as a disguised instrument created by the government to monitor its citizens or a scam, hatched by greedy global corporations to make money. Everything is cleverly done to resonate with the people who have a long history of distrusting governments and big corporations.

In general, the Sacramento region is home to about 100,000 Russian-speaking residents, who have settled in this area due to strong connections with the local Slavic Protestant churches – Pentecostals, Seventh-day Adventist – as well as Christian Orthodox and Baptist ones.

At the beginning of the pandemic, many Slavs in Sacramento dismissed COVID19 as a hoax. These residents, as reported by SlavicSac, believe the virus and the global pandemic are part of the conspiracies spun by the “government deep state” groups, Big Pharma companies, and even secret societies like the Masons.

In many Slavic cultures, particularly among the former Soviet republics, there exists a high propensity for these conspiracies because the Salvic Europeans have historically been distrustful of their governments and foreign powers. Therefore all government-sponsored social, economic, and health programs are often treated with suspicions until proven otherwise.

The Christian churches, on the other hand, are perhaps the only institution that most Slavs would place their trust in.

As a result, all COVID misinformation attributed to government dark schemes and vaccine conspiracies about exploitations by the Big Pharma Pfizer and Moderna, which stood to reap billions of dollars, resonate with this population.

“We, believers, who have been persecuted for our faith, would more likely trust conspiracies more than the information from the government,” said Christian singer Kristina Oselsky-Kalmykov, the Belarusian who has a large following in the Russian speaking community in Sacramento.

Initially, Oselsky-Kalmykov was also very skeptical about COVID when the pandemic began. That was until her close friend got infected with the virus and spent several weeks in the hospital’s ICU; then her parents developed COVID symptoms and shortly after, Oselsky-Kalmykov herself became a COVID patient.

Like the rest of the world, most information found its way to the Slavic community in Sacramento through general social media such as Facebook, WhatsApp, and Viber and also on Vkontakte, the equivalent of Facebook for Russian language speakers worldwide. Vkontakte can also be compared to the Chinese-language WeChat and the Korean-language KakaoTalk.

Since the majority of the Slavic immigrants are Christian, they tend to gravitate to religious networks on these social media platforms, particularly on Vkontakte for advice from church pastors, news feeds and commentaries from social media influencers and bloggers – both local and international, and to partake in conversations with like-minded online neighbors and compatriots.

Such social media engagement means “the Russian diaspora [in the US] is vulnerable to Kremlin propaganda,” according to Ksenia Kirillova, an expert at the Washington, DC-based think tank Jamestown Foundation.

Kirillova added that misinformation coming from Russia is often a political mixture of pro-Kremlin and anti-West views generated by Russian academics, conspiracy theorists, and critics of US policy. Her words are confirmed by the report of the Department of State.

CDC actually have addressed some of the most common myths circulating in communities Myths and facts about COVID-19 vaccines, which include the misinformation about microchips in COVID-19 vaccines and the alleged DNA alteration, impact on fertility and many biological side effects.

Unfortunately, much of this information is not available in Russian and public health agencies have yet to find a way to engage with the Slavic community in Sacramento more effectively.

On the other hand, many counties in the Greater Sacramento Area have begun to provide relevant information on Covid in Russian language and most major hospitals are offering Russian interpretation service upon request.

As a Christian and registered nurse, Tamara Saponenko, mother of three children, found Christian values and science complement each other to help combat COVID-19. As a result, her whole family is vaccinated. Saponenko’s action, however, is not widely shared among her compatriots in the Slavic immigrant community.

“We, Christians, must take care of people around us. My family’s vaccination was for my special daughter’s sake, for my elderly neighbors,” says Saponenko, who believes that vaccines are God’s instruments to teach people to sacrifice, help and care for one another.

Saponenko admitted that she was aware about side effects of vaccines, but without vaccination, the risk of COVID infection is death. She thinks it’s wrong that some churches hid the fact that several pastors had died of COVID to maintain their anti-vaccine position and wonders why many prefer to believe conspiracy theories rather than the scientists who developed the vaccines with God’s help.

After Saponenko posted on her FB page about her vaccination, she got lots of negative push backs from the anti-vaxx believers who labeled her as a betrayer of God. She also admitted that in her surrounding people didn’t change their mind about Covid vaccines.

“People should learn to take care of others, not themselves only. Christians must make peace, comfort other worried people. It’s the Devil who sows hatred among believers via anti vaxxers,” she expounded.

Saponenoko has also observed that as increasingly many parishioners got infected and in some cases resulted in death, some pastors have taken a neutral position by deferring the issue as a personal choice to avoid attacks from the more aggressive anti-vaxx members in their congregations.

The Facts Will Help You

After over two years of pandemic, according to Our World In Data (OWID), a scientific online publication dedicated to reporting on global issues, the US has nearly 94 million confirmed COVID cases with 1.05 million deaths as of August 31, 2022.

And according to a study published by JAMA (Journal of American Medical Association), after 9 months of rolling out the vaccines between December 1, 2020 to September 30, 2021 in the US, “vaccination prevented an estimated 52% of expected infections (27 million infection cases), 56% of expected hospitalizations (1.6 million hospitalization cases), and 58% of expected deaths (235,000 death cases)”.

It’s clear that vaccination saves lives. Russian-speaking Eastern European residents in Sacramento should take these numbers seriously and ignore the misinformation noises and get vaccinated to protect themselves, their families, their children, and their compatriots in the community.