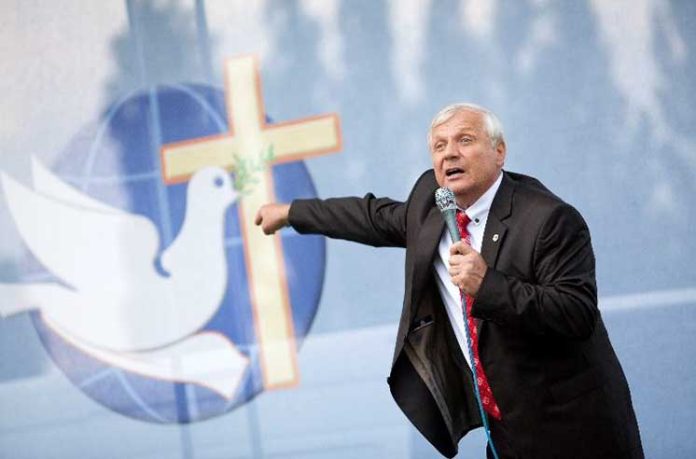 A large national scandal over the sale of humanitarian aid coming from the Western countries has been developing in Ukraine. Dozens of charitable organizations, including religious missions and one church, have gotten under suspicion of the Ukrainian Security Services (USS) and their activities are currently being investigated.

As “Slavic Sacramento” correspondent from Kiev informs, the Security Service of Ukraine is investigating 35 organizations involved in the supply and distribution chain of humanitarian aid from the USA and Europe.

According to court documents, Ukrainian law enforcement officers are conducting an investigation on the sale of humanitarian aid “on an extra large scale”. According the Security Service, the companies under investigation provided aid to terrorists in the breakaway territories of Ukraine – the unrecognized republics of the Donetsk People’s Republic (DPR) and Lugansk People’s Republic (LPR).

Criminal cases were opened back in 2017, but this became known much later.

Among those 35 organizations under the investigation are: Christian Charitable Organization “Tabitha”, Local Church of Evangelical Christians in Kremenets, Ternopil region, Good Samaritan Mission in Rivne, well known in the USA.

The missions are the final beneficiaries of humanitarian aid from Western European and American foundations and churches.

The list of suspects of the Security Service also includes the Dotik Charitable Organization known from our previous investigations, for which, according to the Customs authorities, a large amount of aid was delivered from Germany, the Czech Republic, Poland, England, France and the United States.

As stated in the the criminal case published by the Shevchenkovskiy District Court of Kyiv on October 20, 2017, the investigation is being conducted by the senior investigator of the USS Denisyuk O.M.:

“The pre-trial investigation detected that in the period from April 2014 to the present, unidentified officials of Ukrainian entities, beneficiaries of humanitarian aid [list of all the mentioned above and others funds and organizations] … acting as part of an organized group with the assistance of employees of the State Fiscal Service of Ukraine and the Ministry of Social Policy of Ukraine, implement financing of terrorism on an extra large scale. Specifically, the financial and material support of terrorist organizations by transferring humanitarian goods and funds to the so-called “DPR” and “LPR” under the guise of temporarily supporting the affected population of the territories of the Donetsk and Luhansk regions temporarily not controlled by Ukraine. To achieve this illegal goal, controlled foreign companies (donors of humanitarian aid), charitable foundations and religious organizations (beneficiaries of humanitarian aid) are founded; and when goods go across the customs border of Ukraine, the actual shipping documents are replaced with documents of allegedly humanitarian aid, using requisites of controlled foreign and Ukrainian companies. Contrary to distribution plans, commercial goods, after being accepted as humanitarian aid, are sold by other business entities for money which is subsequently directed for the financial and material support of illegal armed formations of the so-called “DNR” and “LNR”. To write off goods received as humanitarian aid, officials of charitable foundations and religious organizations make bogus lists of final beneficiaries and acts of transferring humanitarian aid to other organizations (including charitable ones), which receive nothing.”

The Slavic Sacramento contacted the administration of the Good Samaritan Mission in the USA, headquartered in the city of Federal Way, Washington, and run by evangelist Peter Radchuk, for comments, and received the following response from him:

“Rostislav Borishkevich, representing the Good Samaritan Mission, and dozens of other missions and charitable organizations in Ukraine received information that criminal cases were opened against them. This was bad and shocking news. Especially what they are accused of. The brothers began to sort it out and reached the Cabinet of Ministers of Ukraine, but even there they did not get a clear answer. It seems that some third parties are doing their dirty policy in order to slow down any humanitarian aid. Containers were intentionally not cleared at customs, and then they were required to pay huge fines. I know for sure that the Good Samaritan Mission has never sold humanitarian aid in Ukraine, especially in the DPR or LPR. This is a matter of honor for them. Instead, they delivered hundreds of tons of aid to people affected by the war (Ukrainian side). Maybe the local brothers brought something from this aid to the needy people on the other side – I don’t know, but it’s stupid to make a crime out of this when everything is distributed for free. If Western Ukraine had not joined in helping the affected people in the war zone with food, clothing, medicines, etc., then, I don’t know how they would have survived out there. And now, for hundreds of trucks, various types of aids, they are frightening and building a case… this is a dirty policy of unscrupulous people. The Good Samaritan Mission in Rivne continues its work and is fine, and they are doing well, thank God.”

The Security Service of Ukraine confirmed to “Slavic Sacramento” the fact of conduction of investigation against the mentioned above organizations. 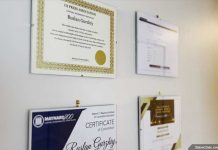 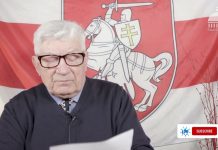 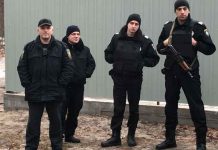 How the Pentecostal Mafia from the U.S. Operates in Ukraine

Mikhail Saakashvili appeals to the US Ukrainians to return home

How the Pentecostal Mafia from the U.S. Operates in Ukraine