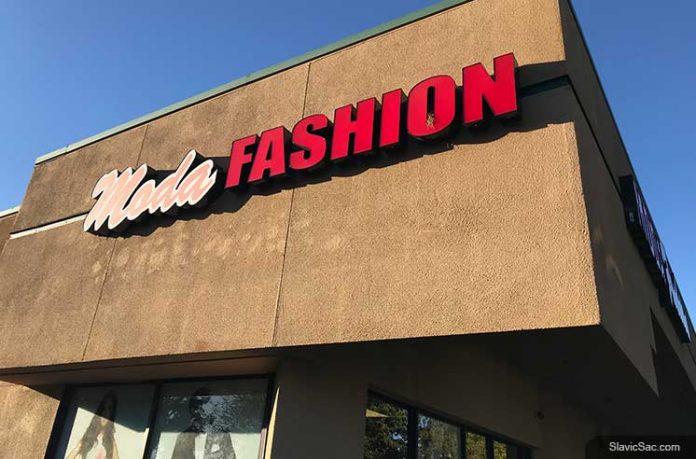 California Attorney General Xavier Becerra announced the sentencing of a family of Ukrainian immigrants from Sacramento for the illegal sale of pharmaceuticals from Russia, Ukraine and Europe. The business owners received a prison sentence and must pay almost $80,000 in restitution to the state of California. The investigation by law enforcement discovered that the Kybych family was illegally selling pharmaceuticals which were not approved by the Food and Drug Administration (FDA), including the sedative Phenobarbital and several antibiotics such as Augmentin, Flemoxin, Amoxil and Erythromycin. The pharmaceuticals had been imported from Europe and were offered for sale to be administered without prescriptions. In addition, the investigators discovered hundreds of units of counterfeit merchandise intended for sale in the Kybych’s possession.

Recently, the Attorney General of California, Xavier Becerra, announced the sentencing of Serhiy Kybych, 55, Svitlana Kybych, 52, and their son Oleh Kybych, 31, for the possession of unregulated pharmaceuticals and counterfeit merchandise intended for sale. The Kybychs own three “Russian Pharmacies” in the greater Sacramento area as well as two other retail businesses.

Ukrainian-born Svitlana Kybych, Serhiy Kybych and their son Oleh engaged in the sale of Russian-made pharmaceuticals to the public without prescriptions from 2012 to 2016. For example, in April 2016, an undercover police officer purchased $70 worth of antibiotics from Oleh Kybych.

While executing searches in the homes of family members, the special task force agents discovered hundreds of packages of illegal medicines and other products, including syringes, as well as financial documents, cash and firearms.

As Slavic Sacramento learned from the California Superior Court complaint, among the illegal substances found in their possession was Phenobarbital which is prohibited from importation into the United States. Long term use of Phenobarbital, which is prescribed as a sedative and sleep medication, can result in addiction.

The Supreme Court complaint also states that the “Russian Pharmacies” operated by the family sold “medicinal” herbs for weight loss and depression, as well as counterfeit jewelry, to Russian-speaking immigrants who were its main customer base. The family ordered drugs from distributors in New York who in turn had imported them from Russia, Ukraine and Germany.

According to the indictment, the Kybychs hired a physician, Galina Bakilina, who was not authorized to practice in the US yet had been consulting patients regarding their lab tests.

The couple’s son, Oleh Kybych, who was involved in operating the pharmacy, acknowledged to the Special Task Services agent that he was not a certified pharmacist or medical professional.

The counterfeit goods were purchased abroad. For example, in April 2015, agents of the US Customs Service discovered a shipment to Svitlana Kybych from Turkey worth $160,000.

In the complaint, the prosecution cites an incident when Svitlana Kybych offered an agent posing as a customer a “cash only” purchase of a counterfeit Gucci T-shirt to avoid paying state sales tax. At the same time, she informed the agent that it was not a real Gucci product.

In March 2016, Svitlana was detained by the US Customs Service at the San Francisco airport on the suspicion of transporting counterfeit goods worth
$55,000. During the customs inspection, the businesswoman claimed that she was carrying personal belongings.

In addition to engaging in the sale of counterfeit goods and illegal pharmaceuticals, the authorities accused the Kybychs of sales tax evasion. From 2013 to 2015, the Kybychs earned $1,168,126, yet less than half of this income was reported to the IRS.

Ultimately, the Kybychs were indicted on 29 counts. Arrest warrants were issued for Svitlana and Serhiy Kybych, and their bail was set at $1 million each. As the defendants did not have a criminal record or previous arrests, their attorneys were able to reduce their bail to $50,000 each, and they also were forced to surrender their passports so that they would not be able to leave the country.

Once charged, Serhiy and Svitlana Kybych pleaded guilty to some of the counts, specifically possession of illegal pharmaceuticals, possession of counterfeit goods for the purpose of sale and sales tax evasion.

Pursuant to the plea agreement, defendants Svitlana Kybych and Serhiy Kybych will pay a total of $79,902 in restitution to the State of California. This payment includes $56,556 for unpaid sales tax and $23,346 to the Tax Recovery and Criminal Enforcement Task Force. In addition, the defendants will pay $10,000 in restitution to the trademark holders of the counterfeit merchandise. 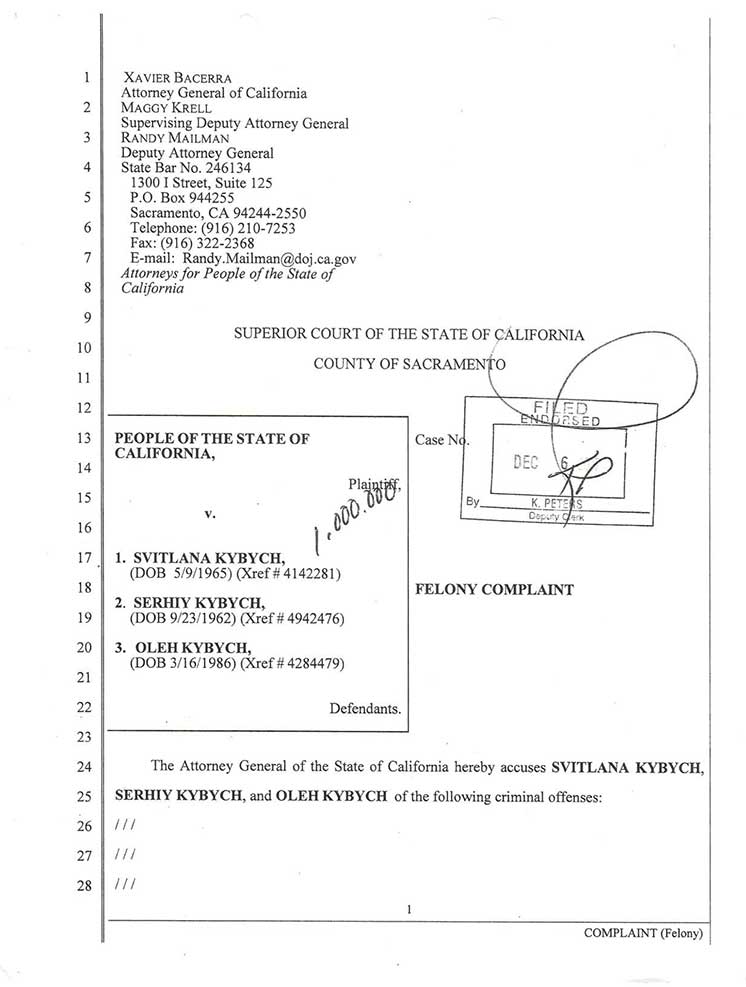 “The Kybych family put lives at risk by selling illegal foreign pharmaceuticals to enrich themselves,” said Attorney General Becerra. “In California, we take seriously criminal activity that imperils public safety and erodes trust in our healthcare system. Criminals like the Kybychs will be held accountable.”

The sentencing concludes two years of investigation by the California Department of Justice and the Tax Recovery and Criminal Enforcement Task Force.

The convict is a church sponsor

During the trial, the court reviewed character letters from close friends and business associates. Among these letters was a favorable letter from a priest, Miroslav Turchak, who related that the Kybychs were among the founders of the Ukrainian Orthodox Church in Sacramento. As revealed by court documents, Serhiy Kybych served as the treasurer of the Russian Orthodox Church of Holy Myrrh-bearing Women in West Sacramento and, according to his friends, does not pose a threat to public safety.

According to the criminal case documentation, the Kybychs are naturalized citizens. They immigrated to America from Ukraine and have not been previously convicted of any crimes.

At the moment of sentencing, some of the above-mentioned stores remain open and are selling European clothes, herbal remedies and religious literature. Svitlana Kybych refused to answer any questions from Slavic Sacramento. The building “Elena” in West Sacramento has a retail store not associated with the Kybych family network of Russian pharmacies.