At a time where Europe stands on the verge of war between Russia and Ukraine, the large Slavic community of Sacramento have united and organized this project with the sole purpose of providing aid and help to eastern Ukraine, where cities have been greatly affected by wartime events.

Disputes between the Russian-speaking community about the cause for the conflicts in eastern Ukraine have ceased. Slavic immigrants, from different areas of the former Soviet Union, are collaborating in the collection of aid to victims of fighting and violence in Eastern Ukraine.

Religious communities, businesses, media, and various organizations have united to provide material assistance to people in a great need of food, clothing, and shelter.

Today from the city of Sacramento, under the organization of project Ukraine Relief, 14 tons of donated materials are sent to eastern Ukraine. According to Ukraine Relief representatives, the container should reach the ruined city of Slavyansk in early December. Aid will be given to local residence and refugees from areas that are currently in a violent state.

Project Ukraine Relief has united over a dozen Slavic churches, businesses, and organizations to not only share the struggles, but also initiate support from government officials including California State Assembly member Kin Coulee.

It is safe to say that today’s event has united the Russian and Ukrainian communities in the capital of the state of California. 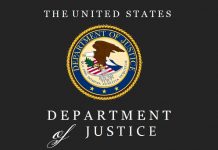 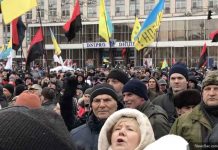 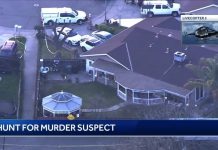