New details emerged in the tragic death of Denis Trach from Sacramento who was murdered in August 2014 in Texas by an unidentified assailant. According to law enforcement, several pounds of marijuana was found near the body of the victim.

A representative of Prairie View police informed the media that the 19-year-old man was shot by an unknown person in a small town of Hempstead, located about 50 miles from Houston.

A correspondent of Slavic Sacramento found out that Denis was shot to death on the night of August 5th in the room of a local motel. Denis was traveling with his brother Daniil who was later unable to identify the killer to the detectives.

According to the autopsy results, Denis was shot in the torso and died on the spot from his wound.

The police found marijuana in the room where the brothers had a meeting with an unknown person. Law enforcement representatives did not disclose the amount of the illegal drug, but a source close to the investigation reported that about 5Lbs of marijuana was seized. According to the same source, the brothers are suspected of drug trafficking.

“He was a great guy,” said Vyacheslav Trach, one of the victim’s relatives, “everyone loved him.”

According to Denis’s uncle, the young man worked in a catering cafe at Citrus Plaza Market. 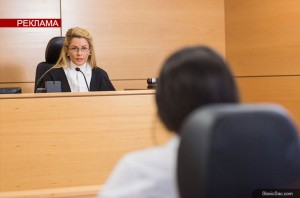 Igor Trach, Denis’s father and the owner of Citrus Plaza Market, a well-known “Russian” store in Sacramento, declined to comment. According to some sources, he has an outstanding arrest warrant in Texas, so it is unlikely that he will attend the court session on November 10th. Denis’s brother Daniil Trach is also under investigation after being detained by the police on the night of the murder.

Meanwhile, GoFundMe crowdfunding website raised $8,400 for Denis’s funeral, only a few thousand dollars short of the target amount of $13,000. “I am asking for help paying for the funeral of our friend Denis Trach,” says Salem Mashal, one of the project initiators. “Last year the Trach family has suffered a lot, and the least we can do is donate money to the family to cover the funeral expenses.”